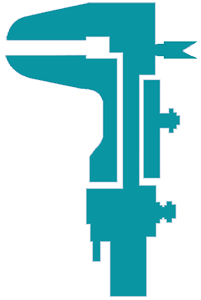 The Victorian Vernier Society was formed in 1942 when the Australian government was unable to get wartime supplies in the required time and volume. The government asked a number of prominent engineers to advise them how to achieve the results they needed.

The group of engineers met over lunch over a period of time until they came up with the solutions to the manufacturing problems. While solving the problems they also enjoyed the company of other engineers and the opportunity to talk over their own problems in an informed arena and to keep in touch with industry outside their own businesses. Hence the group decided to form a society to meet monthly, a constitution was written and the Vernier Society came into being.

The Society is named after the French mathematician Pierre Vernier, and uses the Vernier Scale as its symbol.

The History of the Victorian Vernier Society

Extracted from “Vernier – 1942 to 1992 – A Collective Memory” edited by Emeritus Professor Geoffrey Blainey and published by Paul Anderson.

“Vernier was established in 1942 in Melbourne at a critical stage in World War II as Australia was forced to become self supporting as England and the other allies working to full capacity to meet their own needs.  It appears that the government of the time was talking of nationalising the manufacturing industry to support the war effort but Mr Dan Scott, a member of the Brass Founders Section of the Victorian Chamber of Manufacturers, took a position that the industry could still make a valid input into the conduct of the war effort without nationalisation.  He called several lunches to encourage the formation of a society or lobby group and this is how Vernier took shape.  It formed from the nucleus of Victorian manufacturers who came together to make for the war effort.  These owners were mainly in their late thirties and forties, the sons of engineers and metal men of various kinds and most were running enterprises of no more than thirty workers.

It seems that while Vernier meetings in the early days were about supporting the war effort the meetings become much more than that but it is clear from the book what it is not.  “Vernier is a fraternity of down to earth engineers; Vernier is neither a formal association of engineers or employers not an exclusive club of manufacturers.  Rather … its purpose is to promote dialogue amongst those with a practical day to day involvement in the technical world”.

It seems as the fraternity progressed its interest embraced all aspects of the industry; from the relationship with unions to supporting the recruitment of engineers from the UK to training and development in the industry.  It became “a cohort of august gentlemen of similar ilk but varying ages who meet from time to time to express their views on a variety of subjects.”  These may be of importance to our daily lives, our businesses or our country, but will make all in attendance more knowledgeable about the economic climate or an engineering masterpiece.  Another member explained “Running a medium sized company is a solitary existence; Vernier has been a breath of fresh air, a relaxation – even a crutch in these difficult of times”.

The other feature of the society was its development of fellowship and of socialising.  Prospective members were invited to join, knowing they were people who would accept the protocols of Vernier meetings with its procedures interlaced with banter, countless quips and risqué jokes.

The book in general is a memoir of Australia maybe even more than of the Society over those fifty years from Vernier’s inception.  But one thing is clear from the book, our early members were passionate about the growth of manufacturing in Australia and the industry was a more parochial affair.  Sons followed their fathers into the family business and in turn were introduced and inducted into the Society.  The book culminates with a copy of the 1992 Christmas Luncheon address given by the then Emeritus Professor and now Sir Geoffrey Blainey.  The Professor’s speech could easily be read at our 2013 December luncheon as it seems the challenges Australia faced then bares remarkable similarity to today.