Speaker – The Honourable Lily D’Ambrosio – Victorian State Minister for Industry and Minister for Energy and Resources. 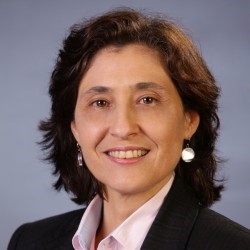 The Victorian Vernier Society 2016 Speaker Program started its year with a real feather in its cap with a high profile speaker in the Victorian State Labor Government’s Minister for Industry and Minister for Energy and Resources, The Honourable Lily D’Ambrosio. In order to fit with the Minister’s State Parliamentary sitting days, the Vernier Society was all too willing to change its regular date to accommodate the Minister, who was pleasingly able to find time in her busy schedule to speak to the Society, even though the question time on her speech was cut short by an earlier than expected leaving.

On a warm summer’s day, in the pleasant surroundings of Kooyong Tennis Centre and in front of a good gathering of Vernier Society members, swelled by a number of guests, the Minister first recapped her earlier visits to the Centre of social occasions and then gave a comprehensive, scripted talk on the State’s Labor government plans to manage the transition of Victorian manufacturing into a new age. The main points extracted from the Minister’s presentation were:

(note; it was necessary to provide additional materials from the authorised government websites to ensure the notes taken reflect the facts)

The Minister’s talk was in general well received and it was unfortunate that the Minister had to leave after just a single question from the audience as Vernier’s learned audience tried to digest the abundance of plans and actions.