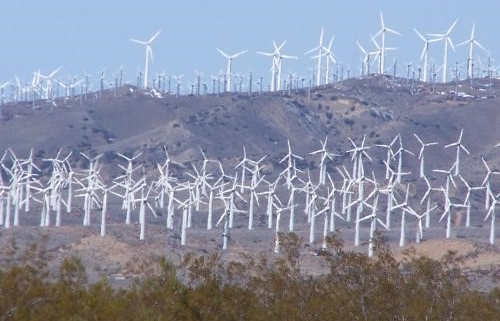 1. By the end of March next year there will be only be about six major economies, Saudi Arabia, Poland, Brazil, Mexico, Russia and Australia, which do not have a net zero pledge by 2050 or 2060 in the case of China.

2.About 150 GW of solar PV and 80 GW of wind will be installed around the world next year.. There will be about 20 GW of hydro, biomass, geothermal and solar thermal as well. Just the wind and solar is enough to supply the combined load of Germany and Switzerland or more than the total electricity generation in Australia, New Zealand and Indonesia. Every year that will increase. To put that in context, the best ever year for nuclear power installations was about 15 GW which would have supplied 1/5th of the energy that next year’s wind and solar will provide.

3. According to the International Energy Agency who have in the past been way too low in their forecasts of renewable volumes, generation from renewables will pass coal by 2025. It has already in the US, Germany, Russia, the UK, Spain, Turkey, Italy, France and Denmark, not to mention high hydro countries such as Canada, Norway, Sweden, Austria, Switzerland and Brazil.

4. Assuming NSW REZ plan is 25% complete by mid 2025, 90% of currently financed renewable projects are completed and rooftop solar continues at its current installation rate, the NEM will be more than 55% renewables by spring 2025.

5. Spring this year is on track for 30% renewables on the NEM and the full year will crack 26%, proving my “wildly optimistic” forecast from 2014 of 24% in 2020 to be somewhat pessimistic

5. Fortescue Metals has announced a plan to become a major wind/solar/hydrogen company building 235 GW of wind and solar around the world. Assuming a 40/60 split between wind and solar that will provide almost as much electricity as Britain, Spain and Italy combined.

6. Shell, BP and Ineos (a US$60bn per year chemical company) have all committed to large renewable powered hydrogen electrolysers. The bad news is that the market for export hydrogen from Australia is not likely to be as big as we would like if Europeans and by extension, Asia can make their own

7. The anti domestic gas coalition is growing, 40 cities in California including San Francisco have put a moratorium on connecting gas to new houses as has the Netherlands and gas free subdivisions are opening up in the ACT and Victoria. Commercial buildings with gas connections can no longer granted the highest green ratings.

8. The Halliade X wind turbine prototype produced 312 MWh in one day. That is enough to power 90 Australian households for a year or drive a fleet of Tesla Model 3 vehicles 2,600,000 km. At the Australian average of 13,000 km/ year, the annual output of one such wind turbine at an average 185MWh/day would power 43,000 EVs for a year.

650 of them would power the entire Australian road transport fleet, cars, trucks, buses the lot. This turbine is running at 13 MW. Siemens Gamesa has already announced a 14 MW machine

8. To the end of October 2018 in Germany plug-in car sales were 54,000 for the year. In October 2020 there were 48,000 for the month. Next year the Volkswagen ID 3  (Golf sized) will be at full production the ID 4 (RAV4 sized) will be available and the German Tesla factory producing Model 3 and Model Y will be up and running so it is possible that EVs will achieve 30% market share in Germany and exceed 20% for the whole of Europe by Q4 2021.

9. During the past three weeks, in the USA seven utilities have announced plans to close or convert almost 9,500 megawatts (MW) of coal-fired generation across the U.S.* At the same time, the U.S. Energy Information Administration estimated that a record 23 gigawatts (GW) of new wind generation capacity will come online this year, shattering the previous record of 13.2 GW set in 2012.

10. At the end of 2019 there were about 600 GW of new wind and solar proposals in the queue for grid connection approval in the US and about 60 GW of gas, 2GW of nuclear and no coal. Not all of these plants will actually be built because some are competing for the same market, but there is good reason to believe that the failure rates in gas will not be much different to wind and solar. If 70% of the wind and solar plants are built, they will account for 35% of the US current electricity demand to bring renewables to a55% rate.

How Much Backup is needed for a 95% renewable NEM?