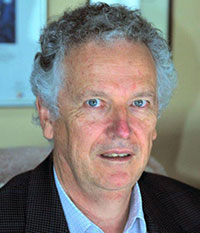 Well known entrepreneurial engineer and member of the Vernier Society, Peter Farley, gave a fascinating presentation to the Society at the August meeting on “Australia’s energy policy”.

Peter’s presentation was packed with facts, figures and analysis that demonstrated his great research knowledge on a subject that he obviously feels passionate about but also the wealth of knowledge and capability that exists with Vernier members.  Peter’s main message was that Australia has not got a sustaining energy policy that is in line with some of the latest self sufficiency thinking worldwide.  Peter’s message was not based on the political view of climate change needing to drive change in our carbon footprint with all the ensuing taxation ramifications, rather that we are just wasting money that could be reused in the economy.  His opening slide set out the message for Australia:

Peter not only gave a rich panoply of facts but showed where the potential savings for the future can occur but they need a complete change of government driven policies and admitted that the political will is not currently there and may never be so it is up to the individual in a bottom up approach to drive change.  He identified a number of major areas for the Victorian State and in particular highlight a need for revised thinking on transportation as our thirst for petrol guzzling vehicles currently consumes about 35% of household energy usage.  As expected Peter was a passionate believer in alternative renewable energy sources giving a number of remarkable facts about what is happening worldwide:

The Vernier audience were left with a great message about how each and everyone one of us must do our bit to reduce energy usage, not just because the government will not take a long term and inter –party view to the issue but that it is essential for the future of the planet!

Our speaker for August was Peter Farley with a talk on ‘A Sensible Energy Policy for Australia.

Peter Farley is from a farming and small business family, the first in his family to go to university where he studied engineering and later economics. His first job was in Williamstown Naval Dockyard in Maintenance and Production Engineering. He moved from there to CIG where with ANCA they developed Australia’s first CNC plate cutting machines. After a number of other roles he founded Farley Manufacturing which developed world leading CNC cutting machines, 70% of which were exported at prices up to 40% above the leading Japanese and German machines. At its peak sales were over $20m per year. Eventually the company was taken over by a Chinese firm and most of the operation is now in China.

For the last 14 years Peter has run his own consultancy business with the majority of the work overseas. The major current activity is designing a range of machines for the world’s largest fabrication equipment company FICEP in Italy.

Peter has won a number of awards including machine tool of the year from the British Machine Tool Show, Prince Philip design award, Michel medal from Engineers Australia. He is now on the board of the Inner Melbourne VET cluster which co-ordinates vocational training in and out of school for thousands of Victorian students and is a Victorian Committee member for the Institution of Engineers.

Springing from his training as a mechanical engineer and time as manufacturing manager in a large electrical transformer business and his economics studies, Peter has always had a strong interest in energy efficiency and energy policy. He feels that there are huge opportunities for Australia to reduce energy costs while also improving living standards and health outcomes while enhancing Australia’s energy and economic security.