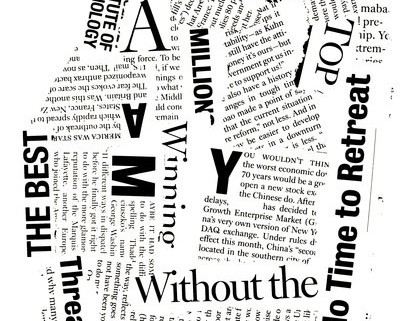 Welcome to the first 2013 edition of the Vernier Newsletter.  In a period when many manufacturers are enjoying their short summer breaks, we have at least had one good piece of news from the government and that of course is the date for the next election.  In the same presentation made to the National Press Club on Wednesday, the PM also announced that the long waited action plan for manufacturing built on the report from her Taskforce, which we reported on back in September, will be issued shortly – a document and more importantly, the actions to be taken to re-boost manufacturing.  A plan that I am sure Vernier members will be interested in and one we will explore in detail in future newsletters.

Of course, not even the summer break could keep further manufacturing job losses out of the news.  The Australian ran a piece on 17th of January that listed the losses over the last two months:

Latest on the car industry

Then following on from our extensive feature on the future of the car industry in Australia we had (AFR 16/1/2013) the headline “Car makers gear up for more cash” suggesting that both Toyota and Holden could seek extra financial assistance  on top of the estimated $1 billion they have each received over the last decade.  Holden sparked the controversy (according to the report) in an interview with their CEO that the Port Melbourne Engine Plant that makes the V6 engine and employs around 320 employees, is under threat as the commodore production starts to wind down.  While there is a commitment to build engines to 2016, it would seem inevitable that in these fuel economy conscious times larger engines are going to decline in sales.  Significant in the article was the fact that Ford did not join the bandwagon, perhaps suggesting as was argued in our analysis, that the plants future is even more uncertain.

American Manufacturing is starting to see the light.

One of the most interesting articles of the month was in last Friday’s AFR Review section entitled “Offshoring Comes Home” written by Charles Fishman.  The article described the encouraging reversal of manufacturing in the US as companies start to bring manufacturing jobs back from overseas.  The main company focused was GE who in 1951 built a huge Industrial Park in Louisville Kentucky which at its peak in 1973 employed 23,000 people produced  60,000 appliances a week across a range of white goods  to feed the explosion of the United States consumer economy.  However, the intervening years saw a gradual reduction in people employed and amidst the height of its labour battles GE’s CEO Jack Welch suggested that the site would be completely closed by 2003.  By 2011 the people who made appliances was down to 1863.

But in 2012 a new assembly line was opened in one of the 6 huge shopping mall sized buildings – the first new assembly line in 55 years!  The line started to produce cutting edge, low energy water heaters – a product that had previously been made in GE’s Chinese contract factory.  Pretty soon afterwards, another line was opened in another building producing French-Door style refrigerators – replacing a model previously made in Mexico.   In 2013 there is a plan to start producing stainless steel dishwashers.  The site also has new plastics manufacturing facilities to make parts for these appliances.  The current CEO Jeff Immlett has stated that outsourcing is “quickly becoming mostly [sic] outdated as a business model for GE”.  To support this GE are putting $800m in this park in the belief that they can make money from the initiative.

In 1979 at its peak, America employed 19.6 million people in manufacturing but the growth of China and globalisation has seen that steadily decline.  None more so than in the first decade of this century where factories lost jobs 7 times faster than before.  But GE is bucking that trend.  At the heart of this change is the Geospring Water heater with a small heat pump that uses 60% less electricity than normal heaters.  One of GE concerns was that producing this in China exposed their innovation to knock off and so this was one of the reasons to consider bringing it home.  Not only that though; oil prices are now 3 times what they were in 2000 increasing shipping costs, The US natural gas boom has made energy prices in US more attractive and Chinese wages are now 5 times more than they were in 2000 and are expected to keep rising by 18% per annum.  In addition US unions are changing their attitudes from the previous fractious dispositions (The park was known in the 80’s as Strike City) and the lowest wage is now $13.50 almost $8 lower than what it used to be.

The other thing that has occurred with the new water heater line is that it has been redesigned by a multi-functional team from across the plant including the actual operators and using the latest lean thinking.  This is so successful that material costs have been cut by 25% and the total assembly time has come down from 10 hours in China to 2 hours in the Louisville facility.  And of course the leadtime has lost the 5 weeks shipping time from China lowering net inventories.  The net result is they have been able to beat the ‘China price’ by nearly 20%.  The China product retailed at $1599 and now the US is $1299. As a GE executive points out in the article; when you outsource the product you lose the link between manufacturing and design, the iterative innovation so in reality your whole business goes with the outsourcing.  Other experts point out it is easy to look initially at just the cost but there are hidden costs that come after the initial outsourcing.  Groups who cannot talk to each other, cultural barriers to limit integration and the cost of management hours travelling to ensure quality standard are met and maintained.

The overall message is that GE are one of the companies in the US starting to appreciate not only does made in the US create jobs but it can also now cut costs and build innovative products and a new mentality in Manufacturing!

This article raises thinking about whether Australia could learn from this reversal and start to bring manufacturing jobs back to Australia.  However, there are many differences that have to be recognised in our situation as opposed to America:

Despite what our December speaker said that manufacturing jobs will just be replaced by other service jobs, I still believe, born of my years in manufacturing that it is special; it is both the driver of research and innovation and also the benefactor.  The net message is that manufacturing needs a completely fresh approach in Australia – but I cannot see the soon to be released Government plan delivering the change required.