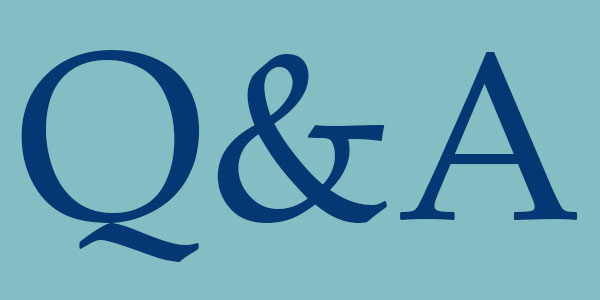 “The challenges for our next generation of industry leaders”

Each year the Vernier Society in conjunction with its own Vernier (Youth) Foundation create a special function to attracting youth to the substantial benefits of a career in engineering and manufacturing. This year our theme was “The challenges facing our next generation of industry leaders” with a Q&A style panel of 5 of the brightest and best covering Melbourne industry and academia.

It was a lovely sunny day in Melbourne and the early arrivals enjoyed the view through the windows of the Kooyong Lawn Tennis Club, the traditional home of Vernier Society Luncheons setting a standard for cuisine and service. By near to start time the pre-lunch bar was being crowded out by members and guests exchanging introductions and generally networking such that by 1pm start all the attendees were seated bar one member who has now made a tradition of being fashionably late. After the traditional Society toast to “Australia and Manufacturing” and the usual custom of collecting fees from members who were not wearing their Society ties (perhaps preferring sartorial elegance to convention) the room enjoyed the usual high quality courses of a smoked salmon entrée and a delightful chicken main course before the main event. 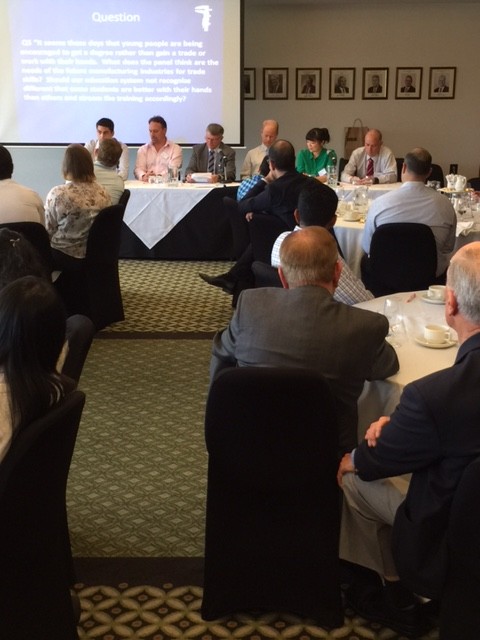 With the panel seated and the microphones in place the moderator (and President of Vernier) Kerry Little explained how the event would work with pre-arranged questions from the audience that the panelists would hear for the first time. To ease the probably nervous panelists (ABC’s Q&A program will be their next big step) Kerry asked the panelists to each describe the driving forces of their success and the answers gave a marvelous insight into different paths and forces that drive success.

Marcus Ramsay (MR) of Lovitt Technologies explain how he and his brother had taken different routes into the family business; Bruce through and apprenticeship and Marcus through an academic route but both saw the niche of titanium components for the world’s aerospace industry as the route to a prosperous future.

Jason Steinwedel (JS) explained how an initial career in hospitality and health and a natural curiosity had led him to an academic career geared to making things better.

Xiaoyu Wang (XW) of ANCA told of her initial studies in the competitive schools of China was followed by further focused studies in Australia and her first job with ANCA in which she sees the challenge to improve ANCA technology for the world.

Ryan Higgins explained how being good with his hands had prompted a traditional apprenticeship scheme before joining ANCA and changing to now improve the ANCA spindle manufacturing section while still pursuing further academic qualifications, which endorse his clear determination to succeed.

Finally, Mark Eaton of RMIT explained how an interest in maths and science from a young age had led to Materials Engineering and an inquisitive mind had helped him first at the CRC and now at RMIT.

The first question from the audience came from long time Vernier member David Bennett who asked:

“There is now a big emphasis to ensure that STEM subjects; science, technology, engineering and maths are taught in schools and universities. How crucial do you believe these skills are to future leaders and if so what do we need to do to promote their importance?”

The answers varied amongst the panel with Jason suggesting that STEM would be better regarded as STEAM with art seen as important in the scheme of holistic teaching. The need to start teaching these subjects at primary school was endorsed by the panel and that teaching should be seen as vital to make young people think, create and explore through knowledge learning. Jason made the very pertinent point that it is important that students learn to “design, create and make things”. Xiaoyu gave some wonderful comparisons with the Chinese education system where China is much more highly structured and intense compared to Australia as a sort of caged to free range comparison! She also expressed dismay at the fall out rates in Australian university courses. Xiaoyu did state though that many Chinese students have mentors in non-academic areas. Ryan raised an interesting point by suggesting that the amount of information now at students’ finger tips through the Internet must start to change the need to learn things that may never be used in normal working.

The next question came from a Friend of Vernier Dean McCarroll who was not able to be present but it is a point shared strongly by AMTIL leadership of which both CEO Shane Infanti and President Paul Fowler were present and was put by Paul:

“As Dean says manufacturing should be seen as a great opportunity with new technologies in materials, electric vehicles, aerospace, medical devices etc. Yet manufacturing is still seen as a grubby industry. Why do you think that is and what can be done to change the image of manufacturing?”

The strong message back from the panelists was that it is important for manufacturing to change its image and this needs to focus on the parents and their current perceptions of industry as not an attractive proposition. It was suggested that this needs to come from both government and the media and Ryan suggested we need to learn from the way manufacturing is portrayed now in the United States. Again some interesting comparisons came from Xiaoyu and how many manufacturing is strong in rural communities with family businesses including relatives all working in the business. [authors note that this community manufacturing is also strong in Germany with businesses being the main focus in many towns and sharing the gained prosperity]. It was also pointed out that there are now only 3 degrees on offer in Australia for manufacturing and so the strong message was that there is a lot of work to do to push manufacturing as a smart and justified career.

The next question came from Vernier Executive member Bob Weekes:

“While there is still pressure on managers and leaders to achieve results, the workplace is changing with increasing cultural awareness, workplace bullying, stress management, etc. How do you see the skills of managers have changed and will need to continue to adapt to these evolving circumstances? Is emotional intelligence now even more essential for leaders and managers?”

Marcus explained how emotional intelligence was vital in Lovitt’s from two aspects – one in the fact that he and his brother are now the generation managing and leading the company and this is particularly pertinent as the company has a good number of manufacturing skilled and experienced supervisors who learned their style overseas in more autocratic times or here in Australia where adversarial relations were the past norm. The two academics explained how EQ was becoming more integral in university teaching under the headings of ‘professional practice’ as such things as ‘presentation and employment skills were added to the curriculum. Mark made the point that EQ skills were becoming increasing part of the professor’s lot as campuses can be regarded as their own village. In response to the question back to the audience, member Peter Sutton of Sutton Tools pointed out that there is a need for the company to develop its own culture and for this to be ingrained in apprentices and new starters by the seniors of the company.

The next question came from Jack Parr of Vernier who asked:

“Many businesses are now global with customers around the world. Software is now outsourced to India and the like, customer support centres in Asia, engineering design around the world for globally designed products yet work particularly in manufacturing is based on 5days/7.5 hours around a building. Does industry both manufacturing and service not need to appreciate we are now a 24/7 society. How do you see the pressures of work from home, casual employment, fixation on penalty rates playing out over the next decade on the nature of work?”

Directed by the moderator to the industry representatives it was agreed that work life balance is increasingly more difficult particularly in areas where production is 24/7 and they may need to be on call for urgencies and the constant flow of ubiquitous emails. Yet again Xiaoyu gave a fantastic comparison to life in China where her sister stills works on Saturday and ANCA salesmen during the recent time she was there had their phones on all the time and would get calls from customers irrespective of the time.

There was just time for one more question and it came from long time Vernier member Dieter Glenk who asked:

“It seems these days that young people are being encouraged to get a degree rather than gain a trade or work with their hands. What does the panel think are the needs of the future manufacturing industries for trade skills? Should our education system not recognize different that some students are better with their hands than others and stream the training accordingly?”

Marcus explained that trade skills are still vital in manufacturing because ‘expensive machines can make expensive mistakes’ and need human intervention and monitoring. Ryan pointed out that he felt trade schools are now behind times [author’s note certainly in terms of investments in the latest metal cutting machines] and it needs more than a ‘button pusher’ to run the latest machines. But again Ryan pointed out at his school students were pushed towards accountancy, the law and the medical profession with trade skills taking a back seat. Jason pointed out he had worked in both the university and the TAFE sector and there was increasing demand for trade skills in Australia from India and China as the countries middle classes increase and Australia still offered a quality training despite being rather dated.

The clock more than the questions finally beat the panel and the moderator had to call time while some in the audience were still itching to ask their questions. It then remained for Kerry to thank the panelists and present them with a small gift as a reminder of their participation – the book, ‘The dictionary of dangerous ideas’ by futurist Mike Walsh – an alphabetical collection of the most challenging concepts facing business leaders at the dawn of the 21st century. The meeting finished at 3pm as promised although it was pleasing to see several attendees staying behind to continue to the discussion.

When: 12th November 2015. Pre-lunch drinks from 12:30 to 1pm. Then a two course lunch and coffee followed by the one hour panel

Price: Please bring a guest at the special rate of $75 per guest. We also have a limited number of free places for students and apprentices

How to Book Your Place:  Contact Jack Parr on 0425776679 or email jparr.strider@bigpond.com or through any Vernier Society member