After seeing all the commentary about the risks of power shortages when Yallourn closes, let’s examine the numbers.

Victoria and South Australia currently have a significant excess power generation capacity. In the last six months Victoria’s net exports were 2,300 GWh, roughly 40% the output of Yallourn while its gas plants only ran at 5% capacity for the period. SA also is a net exporter and it has 3,400 MW of dispatchable capacity, which lately has not exceeded 2,100 MW.

At the same time SA and Tasmania are adding wind, solar and battery capacity so even after some closures, their gas plants will still be only running at about 15% capacity in 2021/22. Thus, if there was a shortage in Victoria, SA and Tasmania could easily change the import export balance with Victoria by 4,000-6,000 GWh per year without unduly stressing the existing interconnections. To be clear, changes in export/import balance alone could almost replace Yallourn’s annual output.

In addition Victoria is installing about 50 MW of rooftop solar per month so by the end of 2028, behind the meter generation will increase by about 4,500 to 5,000 GWh per year 40% of Yallourn’s output. Victoria has so much spare capacity in its gas plants that this new rooftop solar combined with running the gas plants at 50% capacity would entirely replace the output of Yallourn. 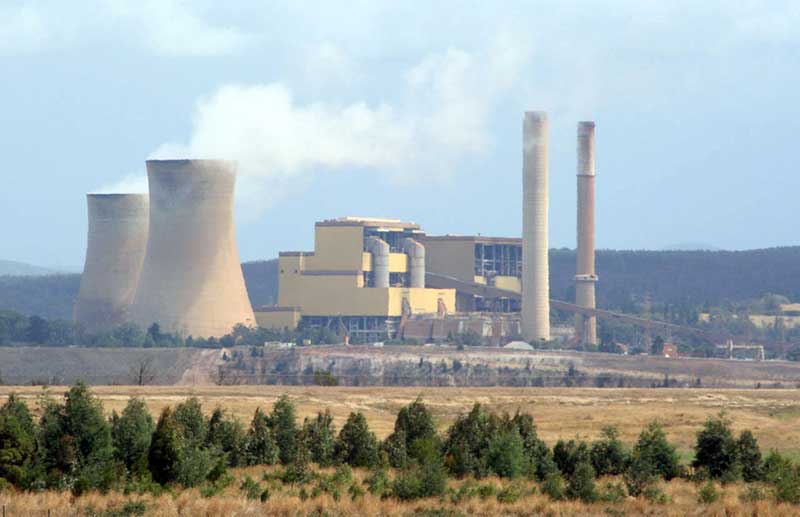 But more importantly Victoria also has 2,400MW of large scale wind and solar due on stream over the next two years. That alone will supply about 75% of the output of Yallourn. Continuing installations at that rate for 8 years would displace Loy Yang A as well

By 2028 if Victoria continues its current rate of large scale solar and wind installations and ran its gas plants at only 35% capacity, not only will all of Yallourn be replaced, it could probably close Loy Yang A and B as well.

When Minister Taylor speaks of system stability he is presumably talking about peak demand, which in Victoria is about 9,100 MW. A focus on energy efficiency and flexible demand could reduce that to less than 8,000 MW by 2028. If we were as efficient as Italy is today, peak demand would not exceed 6,000 MW.  After Yallourn closes we still have 7,700 MW of coal, hydro, gas, diesel and landfill. There will also be import capacity of 700 MW from SA, 450 MW from Tasmania and 1,500 MW from NSW even if none of the proposed transmission upgrades are built. In other words total supply capacity of  more than 10,000 MW if no new transmission or storage is built, while wind and solar are an improbable zero.

Now there are times when wind drops to 2% of capacity and solar disappears at night but the highest Victorian grid demand recorded in recent years was 9.1 GW. At the time large scale wind and solar were contributing 1.1 GW although wind was actually unusually low for a hot day. By 2028, wind and solar output will have quadrupled, so with no new controllable demand, no new transmission and no new storage we would have a nominal capacity of 14,700 MW vs demand somewhere between 8,000 and 9,000 MW or probably significantly less. Rooftop solar is also eating away at peak demand which, this summer, was less than 8,000 MW. By 2028 there will be another 4,000 MW of rooftop solar. Now even if rooftop solar is constrained and the peak occurs late that is still at least another 1,000 MW off peak grid demand.

Then there are batteries. By 2028 Victoria will have between 2,000 and 3,000 MW and possibly much more capacity on the grid and at customers.

At 7 pm when rooftop solar is gone, grid demand might reach 7-8,000 MW, wind and hydro combined will be 4-5,000 MW, batteries 1,500 MW, Tasmania 450 MW and exports to NSW 1,500 MW enabling coal and gas to run at between 15 and 25% capacity. If Snowy II is operating and wind and solar installations continue at the current rate, it is quite possible that coal might not operate at all in Victoria during summer.

This scenario is just business as usual. If NSW reverses its historical trend and has enough capacity to become a net exporter or someone was crazy enough to build Marinus link and a matching 700 MW of wind in Tasmania or Energy Connect enables another 6,000-8,000 MW of wind/solar/storage in South Australia, then not only will all Victorian coal plants be at risk but most of NSW coal as well.

In summary the chance of Victoria running out of power in 2028 are extremely small, almost certainly less than they were in 2015.