You are invited to connect at The Victorian Vernier Society monthly meeting is on Thursday the 15th of April 2021 at Kooyong Tennis Club.

This is a face to face meeting where food and drinks will be served.

The meeting will close at 3pm. 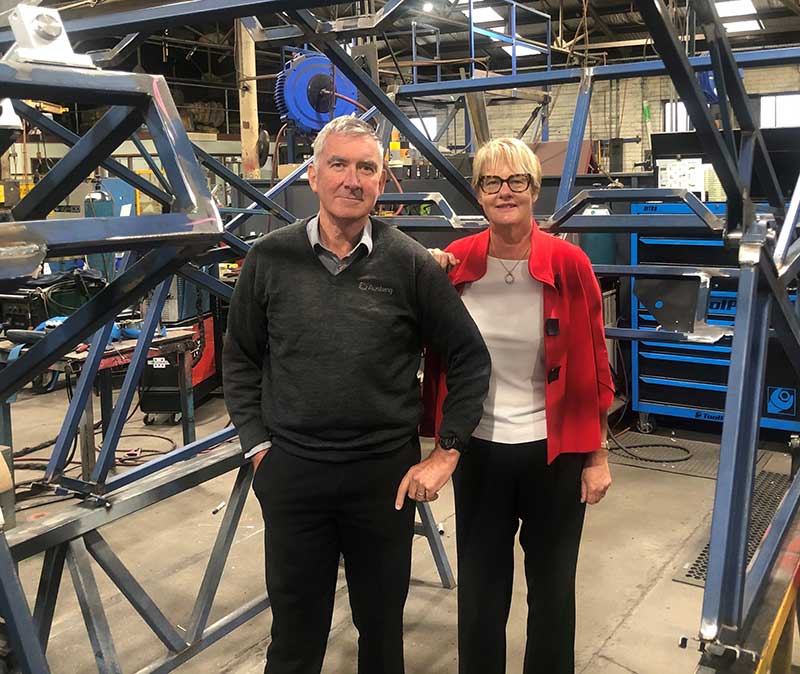 Ross is well known as a passionate engineer who brings engineering flair and an innovative approach to many diverse projects . He has been admitted as a  Fellow of Engineers Australia in recognition of his contribution generally to the practice of engineering.  He has a particular interest in skills and  training and encouraging the next generation to consider a career in manufacturing .  He is currently on the Steering of the Geelong Tech School and was a member of the Manufacturing Skills and Training Taskforce for a number of years

Lyn has a legal background and as well as her role as Corporate Director of Austeng is currently Chair of the Geelong Manufacturing Council as well as on the Board of The Advanced Fibre Cluster – Geelong, City of Greater Geelong UNESCO City of Design Working Group and on Women In Manufacturing Network Sub-committee (GMC). Formerly on Board of Geelong Chamber of Commerce and Advisory Board of ManuFutures (Deakin University ) start up hub. She was recently awarded an Order of Australia Medal (OAM )

Traditional manufacturing, particularly in Geelong, has been under intense pressure to survive and compete. In the last five years, Ross & Lyn have re-structured and re-positioned Austeng’s focus from reliance on the automotive industry to working in several new sectors including clean tech , agribusiness and new materials  and, in particular, working with start-up companies and leading Universities. This has led to a new business model in which they work collaboratively and closely with a number of their clients on the path toward rapid commercialisation.

Austeng has been inducted into the Victorian Manufacturing Hall of Fame in recognition of its outstanding contributions to sustained manufacturing excellence.  It was also awarded the prestigious Victorian Engineering Excellence Award for Research and Development/Innovation in 2014 in relation to the novel polymer fibre production equipment as well as the same award in 2016 for manufacturing a commercial production facility to produce graphene.