You are cordially invited to connect at The Victorian Vernier Society monthly meeting Thursday the 12th of March at the Kooyong Tennis Club 489 Glenferrie Rd, Kooyong 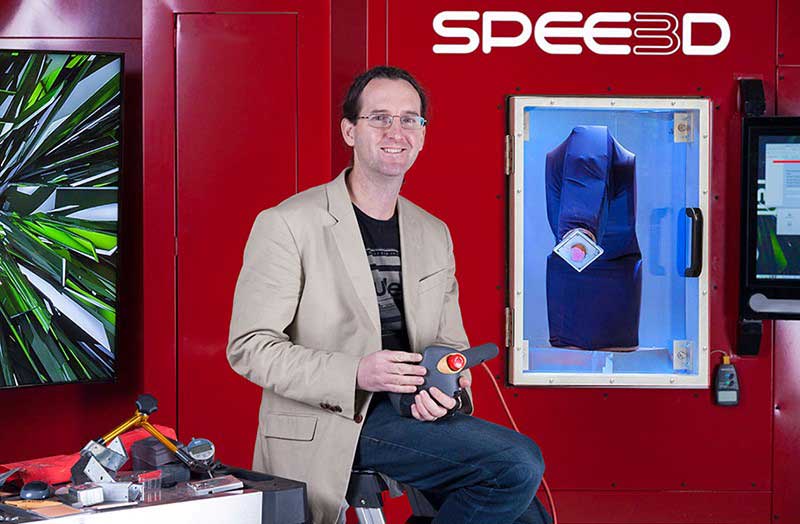 Spee3D is a local manufacturer of 3d Printing machines.

The entrepreneurs behind an exciting new 3D metal printer are all about speed. Speed is what gives their product a unique edge, and it’s essential if they are to get their new technology to markets before competitors.

CEO Byron Kennedy and chief technology officer, Steve Camilleri, established their SPEE3D start-up in 2014 to get their very fast 3D metal printer into the marketplace.

Their SPEE3D printer has the potential to turn 3D metal printing, which currently is just making prototypes of parts, into a tool for manufacturing actual parts for use. It is up to 1000 times quicker than conventional 3D metal printers.