You are invited to connect at The Victorian Vernier Society monthly meeting is on Thursday the 11th of July at Kooyong Tennis Club: 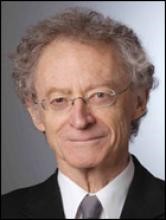 Robin Batterham AO FREng, the past Chief Scientist of Australia

Robin is to speak on Energy and transport: opportunities for manufacturing. This should be a not miss event for all interested in the changing patterns of climate and energy!

After a period as an honorary staff member and a Professorial Fellow, Professor Robin Batterham joined the Melbourne School of Engineering as Kernot Professor in the Department of Chemical and Biomolecular Engineering in 2010.

Professor Batterham is devoted to furthering energy research in the University and is deeply involved with the Melbourne Energy Institute. He brings considerable expertise and experience to the School, building on his long and very distinguished career in industry and government. He is past President of the Academy of Technology and Engineering (2007-2012), former Chief Scientist of Australia (1999-2005), past President of the Institution of Chemical Engineers and named several times in Engineers Australia’s list of the 100 Most Influential Engineers. He has twice chaired the International Mineral Processing Congress, Chairs the selection panels for both the Australia India Strategic Research Fund and the Australia China Strategic Research Fund and chaired the International Energy Agency Expert Group on Science for Energy.

He graduated from the University of Melbourne in Chemical Engineering in 1965 and PhD in 1969. After post-doctoral studies in the United Kingdom at the central laboratories of ICI (UK) he returned to Australia as a research scientist with the Division of Chemical Engineering in CSIRO. During this period of his professional career he undertook a significant number of innovative projects in the mineral processing field and he was ultimately appointed as Chief of the Division of Mineral and Process Engineering at the CSIRO in 1985.

During his career with CSIRO, Dr Batterham promoted close interactions with industry, leading to the development of a number of novel processes which are in use today in the mineral sector in Australia and overseas. In 1988 he was approached by CRA Ltd, now Rio Tinto Limited, to take a major role in technology development for that company.

Professor Batterham is also an organist, holding a position for over 20 years at Scots Church in Melbourne. He is a member of Council of the University of Melbourne and is Adviser or Board Member of four companies.