The Victorian Vernier Society monthly meeting was on Thursday the 11th of October at Kooyong Tennis Club: 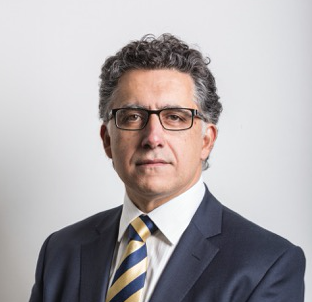 Nick Stavrakis is the MD of Dana Australia who are specialists in the Aftermarket and Automotive Supplies Market.  Nick is a qualified Mechanical Engineer and has spent all of his career in the truck, trailer and vehicle market with such companies at SAFH, Tieman and Hendrickson.  Coming up to his first anniversary as MD of Dana he will talk on “Dana Australia finding  a better way”

“Finding  a better way” has been Dana’s mantra since it was founded, more so does it resonate today with the exiting of the Auto car makers in this country. To survive Dana Australia has had to make some significant changes in the way they do things, what they sell but most of all their mindset. The presentation will cover their journey in finding a better way, with their customers, with their products and most of all with Dana’s people.

Synopsis of the Day

I don’t know if it was the fine spring weather or the prospect of a calibre speaker that attracted the Vernier Society audience to their October lunch meeting on Thursday the 11th but the event attracted a healthy number of guests, Members and Friends of Vernier and a number of potential student members from La Trobe University.  Also, in attendance was the Society’s first (as far as known) autobiographical member, Dave (Dyno) Bennett whose book “The Yella Terra Story”, telling Dave’s lifelong association with the high-performance automotive industry is released in November.

The meeting started promptly at 1pm with the President’s welcome to the day culminating as normal with the President’s ‘joke of the month’, which predictably maintained the standard and sent a ripple of laughter through the audience.  Following the entre; this month’s information session focused on the “Shape of Work 2030” based on a 2018 report” Workforce of the Future” by PWC, which highlighted the possible fragmentation of both industry and society.  The audience was recommended to read the full report that can be found at https://www.pwc.com/gx/en/services/people-organisation/workforce-of-the-future.

Following an excellent lunch, this month’s guest speaker was Nicholas Stavrakis, the MD of Dana Australia.  Dana Inc. is an American Corporation and worldwide supplier of drivetrain, sealing and thermal-management technologies that employs over 30,000 people on 6 continents with revenues of over $US7 billion annually.  Having nearly a year in the MD role, Stavrakis or Nick, as he is known to customers and friends alike, outlined the continuing journey of change, Dana Australia has found itself on following the demise of the Australian automotive industry.  Prior to the closure, the company had a factory in Campbellfield, solely dedicated to supplying axles to the adjacent Ford assembly plant.  Following the consolidation of Dana’s sites into a new purpose-built site in Keys borough, Nick told how his role is to transition the company back to a prosperous and profitable future utilising each of the company’s four product centres.  In an absorbing presentation, he explained the challenges of managing across a matrix structure and the need to pull each business unit into some common themes.  He explained how he wanted to leave at least two messages from his presentation today; the first being ‘consistency’ for which he used the somewhat confusing but clever analogy of ‘the turns on a champagne cork’.  It is always 6 turns!  So, each of Dana’s units and indeed its staff must show consistency in their approach to the customer.  The other message was how he had approached the role of changing, not just the external focus of Dana Australia to growing existing and new market opportunities but the need for incoming MD to change the internal mindset.  Stavrakis explained how he used data – the sagely “Can’t measure it, can’t manage it” maxim to focus on both external and internal opportunities but also the role of leadership.  In this area, he quite cleverly described his role as ‘to clarify’ expectations for both the 78 staff and for the Australasian market. He finished by showing the classic Two Ronnie’s “My blackberry’s not working” sketch that with wonderful humour demonstrated the challenge of people and change!

Finishing as always at 3pm, it was another good Vernier Society meeting allowing manufacturing and engineering people to take time out from their busy schedules to, over an enjoyable lunch, network and appreciate that manufacturing in Australia is still a major thrust of the economy.