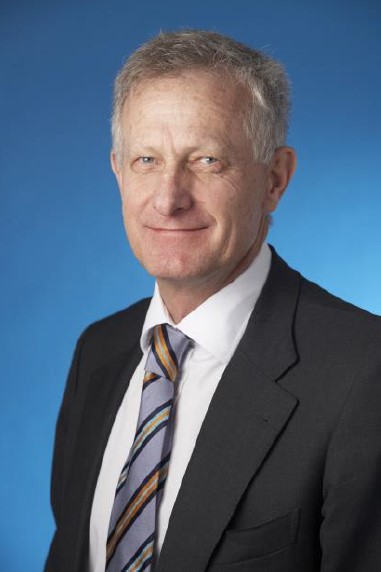 Dr John White has a civil engineering degree from Adelaide University and a PhD from Cambridge University (UK).

John had extensive involvement with Woodside’s North-West Shelf Offshore Gas and LNG Development from 1978 to 1984, he then helped instigate the RAN Collins Submarine Project tenders, and subsequently headed the teams that successfully tendered for the purchase of Williamstown Naval Dockyard from the Australian Government, the completion of the Australian Frigate Project (2 FFGs) and the $5 billion ANZAC Frigate Project (10 ANZACs). He was Chief Executive of Transfield Defence Systems Pty Ltd from 1988 to 1996 and then Global Chief Executive of the recycling and packaging group, Visy Industries. He was subsequently Managing Director of the building products and hardware distribution group, Siddons Ramset, until the successful takeover bid by USA giant, Illinois Tool Works in 2000.

Until 2009, John was the Chairman of Global Renewables which was formed in 2000 to pursue greenhouse gas reduction opportunities by providing solutions for waste recycling. Global Renewables integrated technologies to develop the UR-3R (Urban Resources – Recovery, Reuse and Recycling) Process, with the first UR-3R facility, commissioned in 2005, processing around 200,000 tonne per annum (tpa) of municipal solid waste at Eastern Creek in Sydney, NSW. In September 2005, Global Renewables was selected to design, build, own and operate the Lancashire Waste Partnership PFI project in the United Kingdom. With total revenue of around $6 billion, to process 765,000 tpa of municipal solid waste over 25 years, it was one of the largest waste recycling projects in the world.

John was Executive Director of Ignite Energy Resources Limited (IER) from 2006. IER had the exploration rights to major lignite resources in Gippsland, Victoria. IER has integrated leading-edge low-emissions technologies to convert surface-minable lignite into high-value energy (oil and coal) and biological-fertiliser products for domestic use and export.

John was Chairman of Thyssen Krupp Marine Systems Australia from April 2015 to March 2017 and led the German proposal to design and build the Future Submarines in Australia for the RAN.

John has been a director of a number of publicly listed Australian companies, was formerly chairman of the Federal Government’s Uranium Industry Council, was a member of the Federal Government’s Defence Procurement Board, was a member of the Defence SA Advisory Board, co-reviewed the AWD Program, co-founded the Nuclear Fuel Leasing Group, and is chair of the Gippsland Resources Infrastructure Development (GRID) Group, the Direct Injection Carbon Engine Network (DICEnet) and the Birdon Group Board.