When the Chifley Government, in 1948, decided to implement a scheme to harness the waters of the Snowy Mountains and direct them into turbines to generate electricity, they first set up an authority to design and implement the scheme. They did not appoint a high-flying CEO to lead this venture as would happen today. They sought applicants for the position of Chairman and apparently when the responsible minister, Nelson Lemmon, reported to cabinet concerning a short list of  three, he sent a note to the PM that read, ‘Hudson, Hudson, Hudson’.

And so, New Zealand-born William Hudson, then an employee at Sydney Water Board, became the first Chairman of the Snowy Mountains Hydro Electric Authority, a position he was to hold until near completion of the scheme below budget and on time. He first assembled an engineering design team to create an overall concept, engineers for the detailed designs, engineers to direct the construction and lastly a workforce sometimes numbering over 7,000. He was a Civil Engineer with vision who was able to lead and inspire those who worked under him. The rest is history. Today a Snowy Chairman and CEO are managerial, needing no engineering design or construction experience. A William Hudson Chairman and his Civil Engineer CEO would not have been waiting for the PM to call them about Snowy 2.0. If that scheme does stack up, such an Authority run by engineers would have already investigated and optimised it and put it to the politicians long before now. 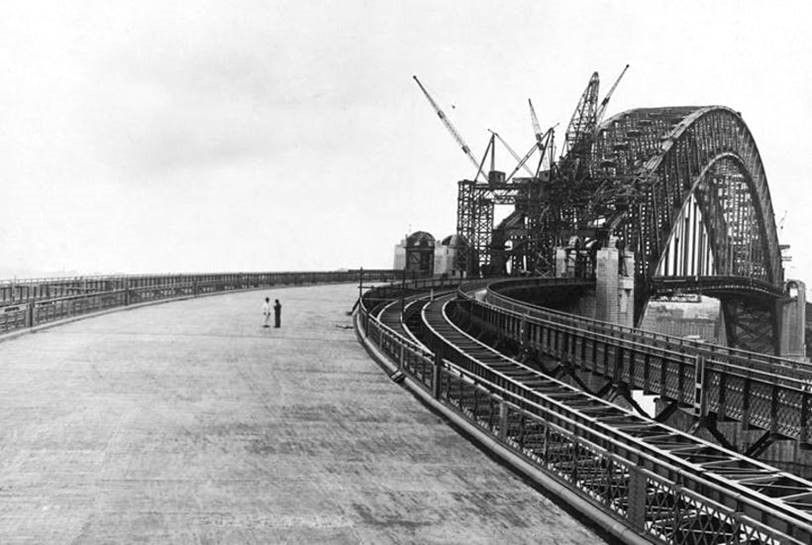 In an earlier period, John Bradfield, born in bayside Sandgate, Brisbane, educated at the State Primary and then the Grammar School in Ipswich, went on to study for a Bachelor of Engineering degree at the University of Sydney. Graduating in 1889, his name was to become synonymous with the arguments for and the promotion of various designs for a bridge over Sydney Harbour and the associated roads and suburban electric railways. His plans were described by Sir John Monash as ‘works of exceptional magnitude’. NSW Premier Jack Lang wrote: ‘Bradfield was always thinking of the future, probably the first man to plan for Sydney as a city of two million people’. He lived before the rise of government and corporate bureaucracies that today shut out the innovative and creative, to secure their own positions, in a tiered managerial structure with infinite possibilities for expansion. There is no scope now for the rise of the visionary.

The process of rooting out engineers and forward thinkers from positions of influence, particularly in government bureaucracies at all levels of government, has been gradual but insidious. It did not happen by accident but by design. The forward-thinking, forward-planning, innovative mind is likely to be noticed by superiors, especially by those in a position to have their leadership challenged and they are therefore a threat. Best to sideline and silence  people like that. That has been the task of a born-to-rule, self-serving managerial class for a long time. They are the graduates in arts, law, government, economics, history, philosophy, the social sciences and the like. This is not to downplay the worth of these callings, but as a class they see themselves as an intellectual elite born to reign supreme in the bureaucracies. They are dismissive of the creative and inquiring minds that constitute the derisively-labelled STEM callings whom they have subdued and lord over to effectively silence them. STEMs are banished into small groups handy to be consulted by superiors in an emergency, as one would the plumber for a leaking tap.  Well, you may say ‘this is too much, this fellow is completely over the top’. Not so, let me illustrate, with the tragic case of the rapid dismantling of the superbly efficient Queensland Public Service.

Queensland only became a self-governing colony in 1857, yet its governments led the nation in many spheres. Public servants’ super was fully funded from the start. Debt-free public hospitals provided free means-tested care long before Medicare. From its earliest days Queensland put engineers in charge of a majority of state departments in a lean and efficient public service nurtured by Labor, from 1915 to 1957 (apart for 3 years) and passed on to the National/Liberals who left it unchanged in governance till 1987.

That year Wayne Goss became Premier allowing Kevin Rudd BA and his friend Peter Coaldrake BA, lecturer at QIT, both political ex-staffers, to set about dismantling the public service. That service built up caringly over more than 100 years had just seen Queensland, the only state to come through the 1987 stock market crash with flying colours. Till then engineers occupied the leadership roles in all the infrastructure departments, including Coordinator-General of Public Works, Main Roads, Railways, Irrigation and Water Supply, Electric Power, Mines, Harbours and Marine and Local Government engineering. Soon they were all gone, replaced by federal look-alike and greatly expanded departments, said by Coaldrake to be a required cultural (wow!) reform, but judged by astute observers to be a text book driven frolic. Goss in retirement apologised for this wanton vandalism. The new managerial class, now entrenched, knows nothing of the skills required for pre-planning within government to achieve efficient infrastructure, delivered at economic cost or of planning for operation, maintenance and future upgrading. Everything is ad hoc. The results have been disastrous. I rest my case.

Now governments’ work goes to Australian engineering consultancies, admittedly offering services of the highest order of skill and competence, but they do not provide long-term planning which is the job of government. Margaret Thatcher visiting Japan to witness their economic miracle post-war, noted that engineers were in charge at all levels of government and industry. No doubt that is largely true of powerhouses like Japan, South Korea, Taiwan and China today. Those who like to categorise engineers as unlettered nerds, unsuited to lead a bureaucracy, might dwell on the words of René Descartes, the 17th century philosopher: ‘Mathematics is a more powerful instrument of knowledge than any other bequeathed to us by human agency.’

Australia’s current malaise (especially the energy fiasco) could be remedied if we had leaders of the class of Ben Chifley and his minister Nelson Lemmon, in the Commonwealth and the states, to seek applicants to transform the public services into far-sighted and constructive organisations. They would wisely choose engineers experienced in design and construction to do that job.

Reflections on the AMTIL Conference 2018
Scroll to top