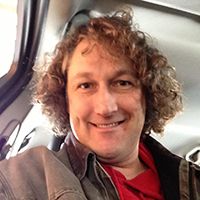 Our October speaker, Rolf Glenk from Holden has over 25 years experience in the automotive industry with Nissan, Bosch, Tickford, Delphi and now GM for the last 10 years. Rolf offered a passionate overview of the complexity of the modern automotive.  Based at GM’s Testing Grounds in Lang Lang approximately 90km south east of Melbourne, where since 1957, Holden has exhaustively tested its vehicles; Rolf’s talk gave an absorbing account of the extremely rigorous testing that goes into every new model and upgrade to ensure the car will perform across the vast range of environmental and climatic conditions, not just in Australia but across Holden’s global market.

Rolf first gave a scripted corporate presentation as an insight into the history of Holden in Australia.  Originating in the 1860’s, Holden first made saddles in Adelaide SA but then as Holden and Frost made carriages in 1885 before producing their first automobile in 1910.  The famous “Lion and Stone” was designed in 1928 and represented the legend of man’s invention of the wheel.  Following the great recession of the late twenties and the massive drop in production, GM purchased the company, merging it with their North American Operation to become GM- Holden’s and the first GM car rolled off the production line in 1948.  In 1978 the first of the very successful “Commodore” range was produced and in 2006, as a result of $1b investment, the first fully Australian designed Commodore was released.  Today, GM worldwide produces over 45 different models from 2 architectures and 6 different body styles.  The Australian facilities in SA and the Engine facility in Prot Melbourne produce the Full commodore range as well as the Cruze.

Holden exports cars mainly to the Middle East under the Chevrolet brand as well as America where the cars, according to Rolf, have been purchased for police work.  According to the Holden website the company has now exported nearly three quarter of a million cars in five decades.

As Rolf enthusiastically explained the Lang Lang property was purchased in 1955 and comprises some 44km of sealed and unsealed roads designed for a range of performance and high speed testing as well as specific and general durability testing.  The track which received a $1.2m facelift in 1992 provides a network of ride and handling roads, rough tracks, twists and ‘rattle and squeak’ tests as well as mud and water baths.  In addition, there is a state of the art emissions laboratory to do the extensive testing now required for certification to Australian and international regulatory requirements.

As Rolf pointed out, the Lang Lang facilities, extensive though they are, cannot provide the range of tests required for a global supplier and so the grounds are complemented with GM testing facilities in Arizona, Michigan, Mexico and Brazil.  Rolf’s talk gave a brief insight into the vast amount of testing that has to be done to the modern automobile to ensure that the GM car meets not just the needs of the ever more discerning customer but also the various regulatory requirements faced around the world.   The complexity of today’s vehicles was perhaps best demonstrated by the interesting point that the electronic computer programs that controls today’s automobile has the manual equivalent of 15,700 knobs to adjust!

And while Holden’s future is uncertain in Australia it seems that the testing grounds are as busy as ever, endorsed by the fact that Rolf was first spotted trying to find a parking place in an unmarked left hand drive vehicle.  The society wishes to thank Rolf and our Society member and father Dieter Glenk for arranging a very interesting talk.

Rolf Glenk who is the Senior Calibration Engineer and Diagnostic Strategist in GM Holden Ltd’s Powertrain Engineering Department gave us an overview of the complexity of the modern automotive and the state of Australia’s car industry. 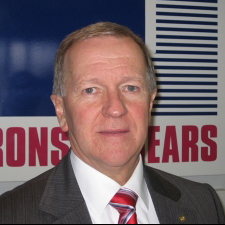 Ronson Gears was founded in 1954 by Gordon’s father Ron New, a past member of Vernier.  Gordon a qualified mechanical engineer joined the family business in the mid 70’s along with his brother Terry who now between them still run this family business.   Ronson now employs around 31 people over two shifts, in the high technology facility in Highett.

In 1990, Ronson Gears undertook their first Business Plan which identified a need to see what the Gear Industry was doing in other countries. Consequently, in 1993 Gordon went on his first international discovery tour.  Gordon now travels extensively to stay abreast of the latest developments in the gear industry and, together with his brother Terry, has been successful in taking their family business from being a small job shop into the market leading company it is today, incorporating the latest in Gear manufacturing technology.  As Gordon proudly explained his marketing efforts in the American market led him to membership of the AGMA – the American Gear Manufacturers Association, and Eurotrans, the European Committee of Power Transmission Engineering, Gordon regularly attends international meetings and events of the Gear Industry and has addressed World Gear Summit Meetings and conferences in China, Japan, Thailand, the USA and Europe. Such involvement resulted in him being invited to sit on the Board of Directors of the AGMA, from March 2009 until April 2013.

Ronson has invested significantly in the latest equipment for manufacturing and quality checking gear components that cover a range from 5mm to 900mm.  Ronson, as Gordon explained prides itself in the quality of their design and the delivery of their overall service as is explained on their website by another of the New family, Gavin New of Sales and Marketing “As gear manufacturers, our service needs to be as reliable as our products.  We are committed to delivering our customers the best of both.”

Like a number of other manufacturing skills in Australia the art of gear making is declining but Ronson through exposing themselves to overseas opportunities, particularly in America, are still supporting the proud tradition of quality manufacturing in Australia and this was appreciated by the society with their questions and the warm applause at the end of the presentation.  Thanks to Gordon and Ronson Gears on behalf of the Vernier Society.

Gordon New the Managing Director of Ronson Gears discussed the latest developments within his company. 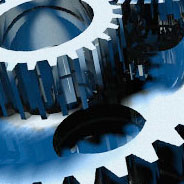 The position of Vernier in the political spectrum is developing and we will take time to discuss future avenues for expansion. 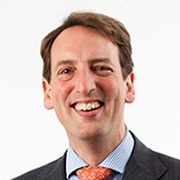 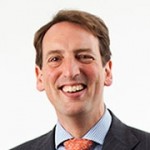 John is one of Australia’s leading public policy thinkers, with 20 years experience in the public, private and university sectors. His current research and publishing interests include government prioritisation, the objectives and limits of government and the situations in which government intervention is justified. He has worked for ANZ and McKinsey and has a DPhil in public law from the University of Oxford.

John will provide a different view to that expressed by many of our recent guests and our challenge is to absorb diverse views and use them strengthen our own. 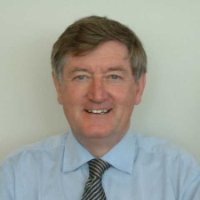 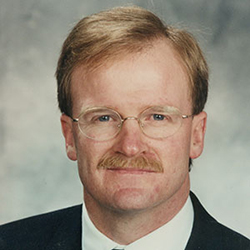 Tim’s subject is  the state of manufacturing in Victoria.   In September, AIG have published comments on:

With luck, Tim may also cover: 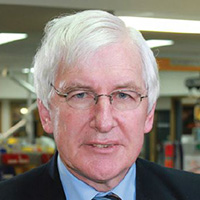 ANCA was founded in 1974 by Pat McCluskey and Pat Boland in Melbourne, Australia, where the company still has its headquarters. Although the two engineers had different backgrounds – one academic and one technical and trade – their skills and experience were complementary and they were like-minded in their drive to produce world class Computer Numerical Controls.

The decision to extend its operations launched the company into a major growth phase which involved the construction of a sophisticated machine tool factory and the employment of highly skilled and specialised staff. Continued growth has been matched by investment in factory equipment, research and development and a sales support infrastructure.
ANCA’s reputation for designing and building the highly capable and flexible CNCs used in our range of tool grinders, led to the formation of ANCA Motion in 2008. ANCA Motion produces CNC Control Systems, IO Devices, Servo Drives and Motors to suit a range of Machine Tool and Motion Control applications.

John’s presentation will provide an introduction to an example of value-added manufacturing in the gas conversion industry. Large offshore natural gas resources containing high levels of carbon dioxide may not be viable to produce for pipeline gas supply or for LNG export.   The production of methanol from such gas can be the basis of a viable manufacturing business.  Methanol is an important ‘chemical building block’ and fuel component with a very broad range of applications.  An innovative approach has been adopted to develop a project concept which can make an valuable export business.

John is a Chemical Engineer and industrial economist with a broad background in petrochemicals manufacturing, export promotion, business development and consulting.  He is currently Project Development Advisor with MEO Australia Limited.

Further details can be found at:
http://www.meoaustralia.com.au/icms_docs/46166_Greenhouse_Gas_to_Liquid_Asset.pdf 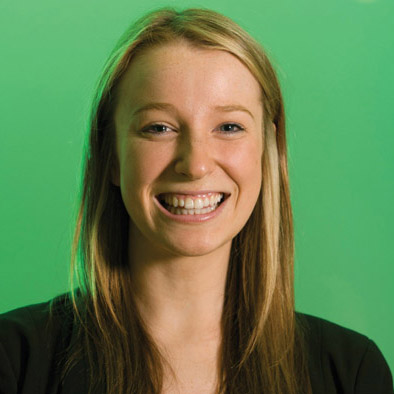 Andrew Blogg and Kate Oaten from Aitken Lawyers & Advisors:  Personal Property Security:
On 30 January 2012 the Personal Property Securities (‘PPS’) regime came into effect. The reform has had, and will continue to have, a significant impact on manufacturers and suppliers, who commonly sell their products on a part-payment basis. Manufacturers and suppliers will need to register their security interest on the PPS Register to ensure that all their security arrangements remain effective. Businesses that fail to take into account the new regime risk losing property, including property to which they have title, should a company with which they have dealings enter into liquidation. It is essential, therefore, that you or your professional advisor conduct a review of the risks to you and your company and your terms of trade.

There will be a cameo appearance by Jock Forbes, an agronomist, who will talk about a Smart Water Grant project to treat reclaimed water used to irrigate playing fields at Werribee. The soil on which the ovals are built was once sea floor and it contains Sodium and the irrigation water is quite salty.   The net result is that the ground becomes waterlogged and the grass does not flourish.   Jock will explain why and what can be done to alleviate this problem. He will also describe the construction of a new treatment process and the results it has achieved. 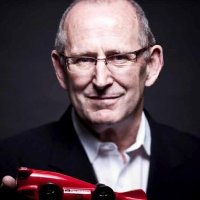 Michael will talk to us about young people in engineering.   Dr Myers is a businessman, entrepreneur and passionate Australian.

REA’s revolutionary programs link schools, industry, TAFE, Universities and parents in a collaborative environment focused on changing the metaphor of the education process. More than 45,000 students are mentored each year by REA with another 300,000 benefiting from the outcomes. REA’s goal is to equip these children with the skills and knowledge to allow them to take on the world.

We will also be joined by Sallie Geary who will describe her recent education experience and the way her perception has changed by being exposed to a technical learning environment.  Sallies experience is intended to encourage us to think about the work of our Vernier Foundation and it potential for influencing young people towards their involvement in technical work activities. 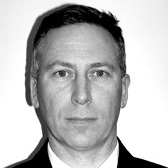 Bruno has held technical, business development or leadership roles in industries such as FMCG, Electronics and Automotive in organisations that have ranged in turn over from $1m to $50M. Internationally Bruno has held positions as the director of operations for business units with a turnover of between $400M and $1bn which in all cases where keen to grow or change in a significant way which is when Bruno feels that rapid change and benefits can be achieved.

Beyond these permanent roles Bruno was engaged by Deloitte to help structure and run one of the largest reviews of the local automotive industry known as ASEA. He has also worked as a consultant for Argo inc. who specialise in assessing the potential of business and implementing initiatives to Starting up Biz-Map where he has assisted local organisations in Aerospace, Metal recycling, Plating, Metal cutting / forming, Electrical, and Community services with sales ranging between $1M and $50M